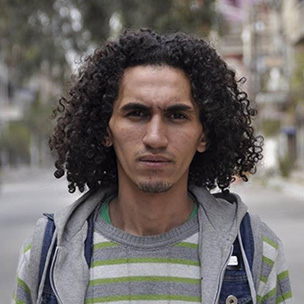 Born in Yarmouk, Siria, in 1989. He studied sociology at the University of Damascus. Before the revolution, he worked for the UN as coordinator of activities and volunteers and created the humanitarian aid association Wataad, with several friends, which carried out dozens of projects in several regions of Syria. Al-Khatib currently lives in Germany, where he was granted refugee status. Little Palestine, Diary of a Siege is his feature film debut.

Little Palestine, Diary of a Siege

The district of Yarmouk (Damascus, Syria) sheltered the biggest Palestinian refugee camp in the world from 1957 to 2018.  When the Syrian revolution broke out,...