Born in São Paulo, Brazil, and studied at Centro Sperimentale di Cinematografia, in Rome, Italy. She made her debut as a director with the short movie Uma Menina como Outras Mil (2001). Beatriz also signed the direction of two other shorts, Roda Real (2004) and Índias (2005). She directed the features Bollywood Dream (2009, 33rd Mostra), the first co-production between Brazil and India, and Los Silencios (2018, 42nd Mostra). She is the director, writer and producer of the episode Olga’s Family, short that integrates the feature Neighbors (2019, 43rd Mostra), produced by Chinese filmmaker Jia Zhang-ke and made by leading BRICS directors. In partnership with Toumani Kouyaté, she directed the documentary Between Us, A Secret (2020), presented at the 44th Mostra. 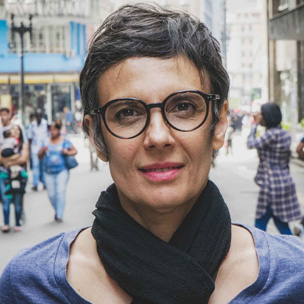 Architect, art director and teacher. She participated in important productions of Brazilian cinema, such as Central Station (1998), by Walter Salles, The Storytellers (2003, 27th Mostra) and Era o Hotel Cambridge (2016, 40th Mostra), both by Eliane Caffé. Carla participated in the 2018 Venice and 2019 Chicago international architecture biennials. She is recognized for her multidisciplinary projects between cinema and architecture, bringing film production closer to a territory through humanitarian architecture. In her last film work, Para Onde Voam as Feiticeiras (2020), she signed, in addition to art direction, the direction alongside his sister Eliane Caffé and Beto Amaral. 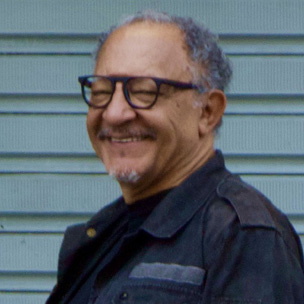 He is a director, screenwriter and executive producer. He has a doctorate in communication from ECA-USP and a post-doctorate in radio, TV and film from the University of Texas, in Austin, USA. Araújo is known for his reflections on black people in Brazilian society. His work includes the book and the documentary movie Denying Brazil (2000), winner at É Tudo Verdade, the fictional feature film Filhas do Vento (2005), winner at Mostra de Cinema de Tiradentes and awarded at Festival de Gramado, in addition to the documentaries Cinderellas, Wolves and a Charming Prince (2009), Raça (2013) and My Friend Fela (2019). At the 45th Mostra, he presents his most recent feature, Rita’s Father.