Rahim is in prison because of a debt he was unable to repay. During a two-day leave, he tries to convince his creditor to withdraw his complaint against the payment of part of the sum. But things don’t go as planned.

Winner of the Grand Prix at the Cannes Film Festival. 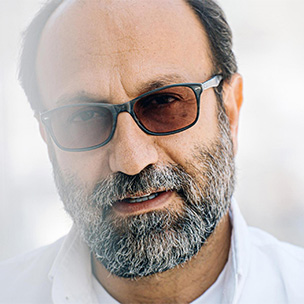 Born in Iran in 1972, he has a bachelor in theater from the University of Tehran’s School of Dramatic Arts and a master in stage direction from Tarbiat Modarres University. Farhadi worked in television and debuted in professional cinema by co-writing the script for Low Heights (2002). Directed several movies, including Beautiful City (2004, 28th Mostra); About Elly (2009, 33rd Mostra), winner of the Silver Bear for best director at the Berlin International Film Festival; A Separation (2011), which won the Golden Bear at Berlin and was the first Iranian film ever to win an Oscar of foreign feature; The Past (2013); The Salesman (2016, 40th Mostra), for which he also won the Oscar of foreign film; and Everybody Knows (2018).

Golbahar is a sixteen-year-old girl who is sold to a middle-aged man to have a baby for him. After a month, Golbahar is still not pregnant, and after some medical...

The leading clown role in a renowned theatre troupe passes on, and is welcomed into the underworld. As he relives his vivid memories one last time before entering...

Selma, 17, lives in a bourgeois and secular Berber family. When she meets Julien, a provocative young man, she realizes for the first time how the heavy rules of...