Aban is a forest ranger who has to get married in another month. In a chase with wood smugglers, he finds a little girl on the road who has died. Everyone doubts that he must have had an accident with the child, but Aban does not admit it, but admits that he killed a girl 15 years ago in such a situation and secretly buried her. The police ask him for a sign or a document, but he has no evidence —and even the place where he buried the child has become a highway. 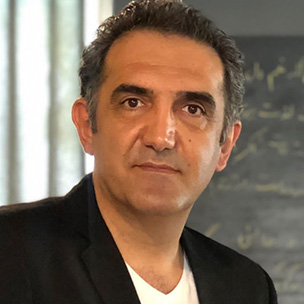 Born in Tehran, Iran, in 1974. He graduated in dramatic literature from the University of Arts. Kouroshnia started his artistic career at the Javan Cinema Institute in 1997. After that, he wrote and directed about ten plays. He has appeared as a writer in popular TV series on Iranian television, such as Rhino and Forbidden. Without Aban is his feature film debut.

France, today. Simultaneously, a retired couple overwhelmed by debt tries to win a dance contest, as the minister of Economy is suspected of tax evasion, and a...

Mahmoud and Fawzi have been living in the Zaatari refugee camp, in Jordan. Though they both have no sense of what the future holds for them, they focus their energy...

Fleeing from the quarantine, Nika leaves Moscow. She comes to the village of her childhood Molodi, where she meets her neighbor Sergey, and becomes involved in an...