In the Tamil regions of southern India, an impoverished, alcoholic man named Ganapathy is fueled by bottomless reservoirs of rage. He embarks on a mission with his young son to retrieve his wife, who has left him on account of his abusive behavior and returned to her family’s village.

Winner of the Tiger Award for best film at Rotterdam International Film Festival. 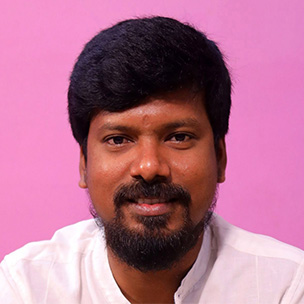 He is an Indian filmmaker, who, while working in a DVD shop in Chennai, was introduced to people from the Tamil film industry. This led to him becoming assistant director on two films by A. Sargunam. After working as an assistant theatre director, he began making his own films. Pebbles is his feature film debut.

Chandra and her husband, Dharam, run an inn that hovers high above the only road in a small Himalayan village. The terrain poses a problem for the family, who must...

For the past 20 years, Olivier, a Frenchman, has lived alone on a small island lent to him, located 200 km from Yellowknife, the only city of Northwestern...

Ayar, a first-generation American Latina singer and actress, returns home to reunite with her daughter. But when her mother, Renata, refuses to let her see her due...