Making his living from gardening and farming in the land he inherited from his father, Hasan tries to get rid of the power pole that is going to be installed in the midst of his land. His impending voyage to Mecca for pilgrimage leads to soul searching into his past. 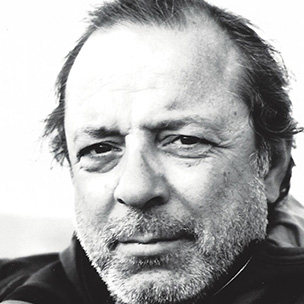 Born in Turkey in 1963. He graduated in cinema and television from the Faculty of Fine Arts at Dokuz Eylül University. Kaplanoğlu was the scriptwriter and director of the TV series Sehnaz Tango. He directed feature films like Away from Home (2001), Egg (2007, 31st Mostra), Milk (2008, 32nd Mostra), Honey (2010), winner of the Golden Bear at the Berlin International Film Festival, Grain (2017, 41st Mostra), winner of best film at the Tokyo Film Festival, and Commitment Asli (2019).

A film about the Portuguese colonial empire as it is seen and shown through photography, from the end of the 19th century until the 1974 revolution that put an end...

A huge money embezzlement in a multi-million company creates a domino effect of suspicion between the members of the family who run the business. Ivo Rona, a...

The Story Of My Wife

Jakob Störr, a Dutch seasoned sea captain, makes a bet in a café to marry the first woman who enters the place. And then in walks...