The Dog who Wouldn`t Be Quiet

Sebastian is an ordinary man in his thirties devoted to his loyal dog and working in a slew of temporary jobs. As he moves fitfully through adulthood, he navigates love, loss and fatherhood —until the world is rocked by a sudden catastrophe, upending his already turbulent life. Sebastian struggles to adjust to a world that is perpetually changing —and might be nearing its end.

Winner of the Big Screen Award at the International Film Festival Rotterdam. The film was also presented at Sundance. 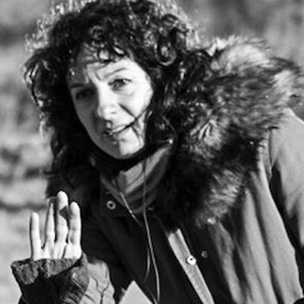 Born in Buenos Aires, Argentina, in 1975. Actress, screenwriter, producer and director of film and theater, Ana graduated from the University of Cinema, in her hometown. Among the feature films directed by her are: Musical Chairs (2002), A Stray Girlfriend (2007), The Marziano Family (2011), My Friend from the Park (2015), winner of a best screenplay award at Sundance, and Florianópolis Dream (2018, 42nd Mostra), special Jury and Critic`s prize at Karlovy Vary.

The end of film production company Eddie Saeta, by Luís Miñarro, in 2015, is the starting point of this documentary. Pablo García Pérez...

Gulnara has lost her piece of jewelry and suspects her son —young Sanzhar. Sanzhar, meanwhile, is looking for freedom, which he’s being drawn into by...