In this journey, a intergeracional exchange begins with Portugal as the backdrop. The director and his young daughter saunter trying to understand the country they are part of. 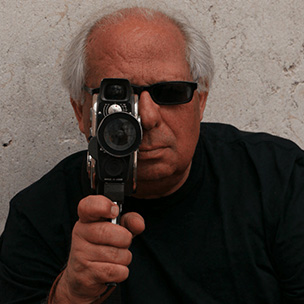 Born in Lisbon, Portugal, in 1944. Studied cinema and television in Brussels, Belgium, and returned to Portugal in 1974. He directed the documentaries Deus, Pátria, Autoridade (2nd Mostra) and The Good People of Portugal, awarded best film with the Public and Critics Prize at the 4th Mostra. From 1982 on, he directed several films, mostly documentaries, and developed educational activities of audiovisual and multimedia training. Simões also directed the short films Os Meus Espelhos (2004) and Viagem a Madrid (2007), as well as the features Streets of Sorrow (2008, 32nd Mostra), Cova da Moura Island (2010, 34th Mostra), Alto Bairro (2014) and A Casa (2017).

Bruno Reidal, Confession of a Murder

Cantal, France, 1905. In the forest surrounding his native village, the young seminarian Bruno Reidal murders a boy before surrendering immediately to the...