Colonel Ustra (1932-2015) is the only military man in Brazil who has been convicted for acts of torture during the dictatorship. But what is the truth behind it? Through internet searches, Brazilian history is reconstructed and rebuilt up to a harrowing present. 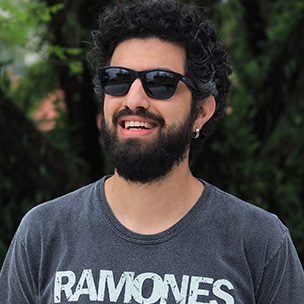 Di Giacomo started his career on television in 2008, working at the humor center at MTV Brasil. Since then, he produced, directed and written series and programs like Comédia MTV, Quinta Categoria, Furo MTV, Foca News and Último Programa do Mundo. He made the documentary Blind March (2018), presented, amongst others, at film festivals such as Visions du Réel. Suffocated Memory is his second feature film.

Luziane, Cristiano and Bianca have almost nothing in common, beside the fact that they all live in the same rural city surrounded by soy fields in western Brazil...

During the Carnival holiday, Ana, an 11-year-old girl, travels to the interior of southern Brazil for the funeral of her grandmother, whom she has not seen for...

Roque and Pudim, two experienced composers at samba school Vai-Vai, share a small studio, as well as decades of friendship, the love for their samba school and a...