The film follows the psychological journey of a young woman to her dehumanizing process. Irina
struggles to achieve higher education and escape the violence of her dysfunctional family. An
ambiguous sexual experience with an artist will spur her intention to fight the violence in her family. 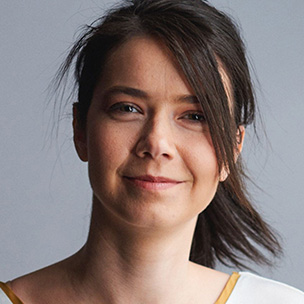 Born in Bucharest, Romania, in 1984. Graduated in acting from the University of Theatrical and Film Arts Bucharest in 2007. She worked as an actress in films like Aurora (2010, 34th Mostra), by Cristi Puiu, Best Intentions (2011) and Illegitimate (2016, 40th Mostra), both directed by Adrian Sitaru. Blue Moon is her feature film debut as a director.

1978, in a small village called Zalava, villagers claim that a demon is among them. A young sergeant who investigates the claim crosses paths with an exorcist...

Ángel and his younger brother Franco have been incarcerated in a juvenile prison for a year. Despite the difficulties, they have formed a solid group of...

To right the wrongs of his all-American sex education, Alex, a 36-year-old man, goes on a quest to uncover naked truths and hard facts - no matter how awkward it...