With the tremor of time passing by, Charlotte Gainsbourg started to look at her mother Jane Birkin in a way she never did, both overcoming a shared sense of reserve. Through the camera lens, they expose themselves to one another, begin to step back, leaving space for a mother-daughter relationship to unfold. 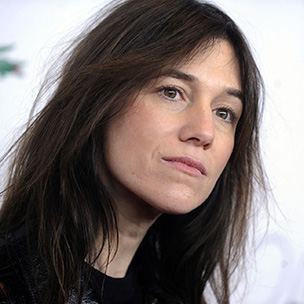 Born in London, England, in 1971. She is an Anglo-French actress and singer. The daughter of English singer and actress Jane Birkin and French songwriter, singer and actor Serge Gainsbourg, she was raised in Paris. Among her notable works as an actress are The Science of Sleep (2006), by Michel Gondry; I’m Not There (2007), by Todd Haynes; Antichrist (2009), for which she won the best actress award at Cannes Film Festival; Melancholia (2011) and the two volumes of Nymphomaniac (2013), directed by Lars von Trier. Jane by Charlotte is her first feature film as a director.

The Hill Where Lionesses Roar

Somewhere in Kosovo, in a small remote village, three young women see their dreams and ambitions stifled. In their quest for independence, nothing can stop them:...

Jabir, Usama and Useir are three young Bosnian brothers, born into a family of shepherds. They grew up in the shadow of their father, Ibrahim, a strict, radical...