During the Carnival holiday, Ana, an 11-year-old girl, travels to the interior of southern Brazil for the funeral of her grandmother, whom she has not seen for years. At night, through the window, she sees her grandmother`s ghost entering the forest near the family`s house. When Ana decides to follow her through the trees, she discovers a world of fantasy and mystery. To resolve an old family squabble, she must reclaim her mother`s long-forgotten imaginary world, abandoned in the forest where she buried her childhood. 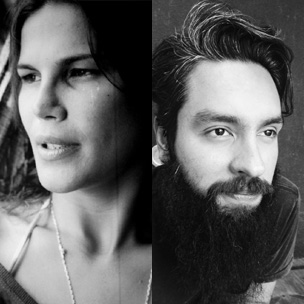 They were born in Porto Alegre, Brazil, and studied film at the Pontifical Catholic University of Rio Grande do Sul (PUC-RS). Both directors and screenwriters, they are partners at the production company Pátio Vazio. They made the short documentaries Antes do Lembrar (2018) and Os Olhos na Mata e o Gosto na Água (2020), in addition to the feature film Sisters in the End of the World (2020, 44th Mostra). Their films were selected at film festivals such as Berlin, Rotterdam, Tiradentes and Havana. Ana’s Farewell is their second feature film.

The 2014 World Cup passed through Brazil raising dust like a ball in an abandoned field, bringing and taking away dreams, illusions, and also sadness. This...

The Circus Is Back

The trajectory of one of the greatest circus masters in Brazil, Zé Wilson, returning to his hometown, in the hinterland of Alagoas, when, together with his...

As Faces do Mao

A movie about the life and ideas of José Rodrigues Mao Jr, historian, professor, unionist, songwriter and singer of the band Garotos Podres —historical...