A French woman of African origin manages to escape after being arrested in the Dominican Republic. She takes refuge at Capotillo, the most dangerous neighborhood of Santo Domingo, where she is sheltered by a group of young people. As she becomes their protégé and mother figure, she will see her destiny change inexorably. 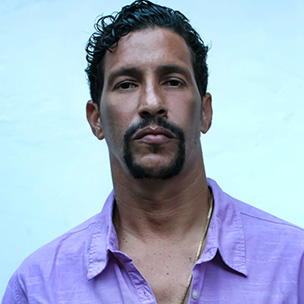 Born in Santo Domingo, Dominican Republic, in 1977. Director, producer and screenwriter, he worked as second assistant director at Miami Vice, by Michael Mann, and The Good Shepherd, by Robert de Niro, both of 2006 and shot in his country. Herrera was first assistant director to Sand Dollars (2014, 38th Mostra), by Laura Amelia Guzmán and Israel Cárdenas. He directed the documentary La Montaña (2013) and the fiction feature Pueto Pa’ Mi (2015).

An encounter of two married couples from two opposite social classes that seem to have nothing in common. However, an accident and a tragic event bring these people...

Luz is a member of the Embera Chami indigenous community. She left her home territory years ago after discovering she had had her clitoris mutilated. Cut off from...

Rahim is in prison because of a debt he was unable to repay. During a two-day leave, he tries to convince his creditor to withdraw his complaint against the payment...