Allegra is a lively young woman with a passion for high mountain climbing. She decides to travel to Morocco to reach the top of the Atlas, but her trip ends abruptly when a man explodes a bomb in a coffee shop and her three friends die in the attack. Unable to overcome the trauma, months later she returns to her city, where the encounter with Arad, a young refugee from the Middle East, forces her to confront her perception of reality, her fears and heal her profound interior wounds.

Presented at the Panorama Suisse section of the Locarno Film Festival. 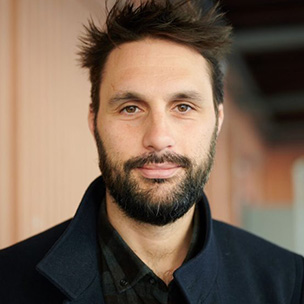 Born in Lugano, Switzerland, in 1982. He graduated in film studies from the DAMS, school of Bologna University, before taking a master’s in film direction at the Zurich University of the Arts. His first feature film, Tutti Giù (2012), premiered at Locarno Film Festival, at the section Cineasti del Presente. Atlas is his second feature.

On a beautiful afternoon in Paris, during the surreal summer of 2020, 24 different characters roam the streets of the city with a sense of giddy abandon after a...

Regina, a 15-year-old girl who lost her mother years earlier, dreams of becoming a singer. Her father, Luigi, her only family at that point, firmly believes in his...