In a remote valley of the Aragonese Pyrenees, the legend of Armugan is told. It is said that he is dedicated to a mysterious and terrible profession, the likes of which no one dares to speak. They say that Armugan moves through the valleys clinging to the body of Anchel, his faithful servant, and together they share the secret of a work as old as life, as terrible as death itself. 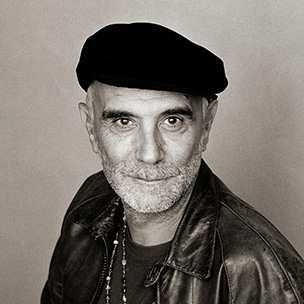 Born in Barcelona, Spain, in 1968. He began his activity as a screenwriter and producer in the late eighties. Directed numerous short films and in 2000 premiered his first feature, Tattoo Bar. Jo Sol has made documentary and fictional features of a marked socio-political nature, such as The Taxi Thief (2005), special mention of best direction at San Sebastian, Fake Orgasm (2010), awarded at Malaga Film Festival, and Living and Other Fictions (2016), presented at 41a Mostra.

Living in the same nursing home, Bruno and Duša enjoy each other’s company. However, their moments together are always soon forgotten, as both of them...

Antonin is a bit of a dandy. He has a way with words that could have made him a famous writer, but instead mostly serves to get him out of trouble. Torn between...

Within a few months, the Kutupalong refugee camp became the biggest in the world. Out of sight, 700,000 people of the Rohingya Muslim minority fled Myanmar in 2017...