Wheel of Fortune and Fantasy

Meiko is startled when she realizes that the man who her best friend starts to have feelings for, is her ex; Sasaki plots to trick his college professor out of revenge, using his class-friend-with-benefits Nao, while Natsuko encounters a woman who seems to be someone from her past, leading the two to confess the feelings they have harbored in their hearts —stories about the complexities of relationships, told through coincidences that happen in the lives of women in love. 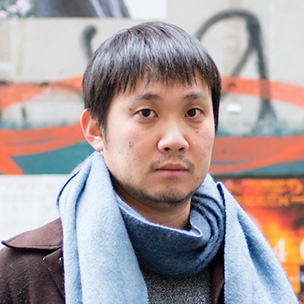 Born in Kanagawa, Japan, in 1978. He worked in the film industry for a few years before entering the graduate film programme at the Tokyo University of the Arts. His graduation film, Passion (2008), was screened at San Sebastian Film Festival. Hamaguchi made, among others, the features Happy Hour (2015), special mention at Locarno Film Festival, and Asako I & II (2018). He also wrote the screenplay for Kiyoshi Kurosawa’s Wife of a Spy, which won the Silver Lion at Venice in 2020.

After the death of his grandmother, a Mexican biologist living in New York returns to his hometown nestled in the majestic monarch butterfly forests of...

Yuko is a documentary filmmaker who works at her father’s cram school, where she befriends a troubled student, Mei. For her documentary, Yuko tries to unearth...

A remote village suffers from economic recession for many years. The villagers have either immigrated to cities or are in poverty. However, there is a guest in the...