Prayers for the Stolen

In a solitary town nestled in the Mexican mountains, the girls wear boyish haircuts and have hiding places underground. Ana and her two best friends take over the houses of those who have fled and dress up as women when no one is watching. In their own impenetrable universe, magic and joy abound; meanwhile, their mothers train them to flee from those who turn them into slaves or ghosts. But one day, one of the girls doesn’t make it to her hideout in time. Liberally adapted from Jennifer Clement’s eponymous novel. 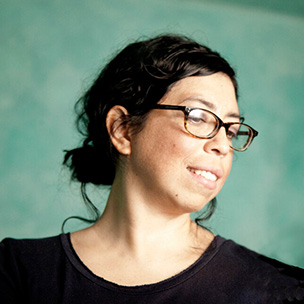 Born in 1972, she is a Mexican-El Salvadoran filmmaker graduated from the CCC Film Training Center, in Mexico, and has a masters degree in creative documentary from the Pompeu Fabra University, in Barcelona. She made the documentary features The Tiniest Place (2011), awarded at film festivals like Lima, Mar del Plata and Visions du Reél, and Tempestad (2016), presented at Berlinale. Prayers for the Stolen is her first fictional feature.

Emi works as a history teacher at a respected conservative school in Bucharest. However, when a video of her having sex with her husband is leaked to all the...

An observation at the current state of the world, accompanied by six intellectuals and scientists who reflect on the present and postulate about the future. The...

Crista, Carloto and João are building an airy greenhouse for butterflies in the garden. The three of them share household routines, day after day. And they...