Hatzin, a young teenager from Mexico City, travels to collect the remains of his father, which have been found in a communal grave amidst the huge skies and empty landscape of Northern Mexico. But a casual encounter with a man who shares a physical resemblance with his father fills him with doubts and hope about his parent’s true whereabouts. 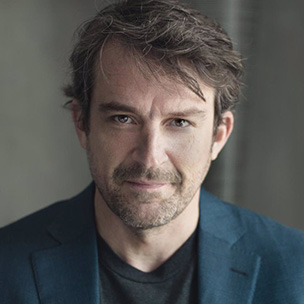 Born in Merida, Venezuela, in 1967, he studied molecular biology at the University of Tampa, Florida, and participated in several film workshops at New York University. Vigas moved back to his country in 1998 to direct the documentary series Expedición. He also directed the short movie Elephants Never Forget (2004), presented at Cannes Film Festival, and the features From Afar (2015, 39th Mostra), winner of the Golden Lion award at Venice Film Festival, and The Orchid Seller (2016, 41st Mostra), a documentary about his father.

Ever since being startled by a loud ‘bang’ at daybreak, Jessica is unable to sleep. In Bogotá to visit her sister, she befriends Agnes, an...

With the city in the throes of a flu epidemic, the Petrov family struggles through yet another day in a country where the past is never past, the present is a...