The art of memory is a classic technique that associates images with places through a process of remembering and meaning. Starting from the memory of places and their context, the documentary delves into the creative process of three contemporary visual artists: Daniel Blaufuks, Pedro Bastos and José Rufino. Despite the different approaches and expressions of each author, we get to find points of connection in the way memory operates in their works. By investigating coincidences and rearrangements, we dive into the director`s personal mythology, assuming that memory is a fiction like any film. 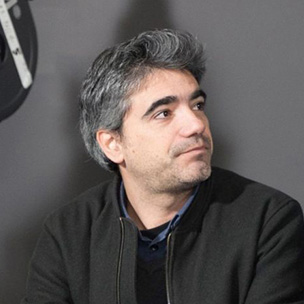 Born in Portugal in 1978. He studied audiovisual at the Portuguese Catholic University and later specializing in film at NYU’s Tisch School of Arts. He has produced and co-produced films, including for authors such as Edgar Pêra, João Canijo and F.J. Ossang, and he was responsible for the cinema production for the Guimarães 2012 - European Capital of Culture. Areias directed feature films like Thebes (2007), Hay Road (2012), 1960 (2013), Ornament and Crime (2015), Blue Breath (2018) and Surdine (2019) and Down By Life (2020), all of them presented at Mostra.

England, 1924. Jane Fairchild, a maid in the Niven household, has the day off to celebrate Mothering Sunday while mr. and mrs. Niven attend a lunch to celebrate the...

The end of film production company Eddie Saeta, by Luís Miñarro, in 2015, is the starting point of this documentary. Pablo García Pérez...

Set in the near future, society has seen a drastic political turn. As their neighbors flee from the radicalism, Matija and his family are confronted with an...