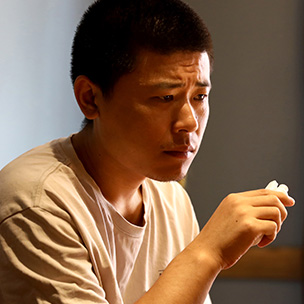 Born in the Hebei Province, China, in 1990. At age 18, he went to Beijing and started working as a security guard and also a martial arts stuntman in film and TV series production. Despite the lack of a professional background, Zhang has become an independent filmmaker. No One In The North is his first feature film.