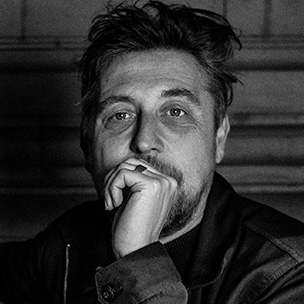 Born in Liège, Belgium, in 1968. He graduated in journalism from the Université Libre de Bruxelles. Hinant joined the Strip-Tease series team in 1984, which is a documentary series produced and directed by Jean Libon and Marco Lamensch. He made several telefilms and documentaries for the Belgian TV programme Tout ça ne Nous Rendra Pas le Congo. His first feature, So Help Me God (2018), directed along with Jean Libon, won the Jury special mention at San Sebastián Film Festival.

For a Fistful of Fries

Kalima Sissou, an occasional prostitute, has been murdered in her apartment in a dodgy district of Brussels. All signs point to Alain, a former butcher and her...