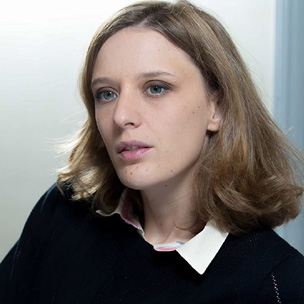 Born in Paris, France, in 1981. She studied at the Conservatory of Dramatic Arts and began her career as an actress. As a director, she has worked on All Is Forgiven (2007); Father of My Children (2009), winner of the Special Jury Prize at the section Un Certain Regard at the Cannes Film Festival; Goodbye First Love (2011); Eden (2014); Things to Come (2016), winner of the best director award at the Berlin International Film Festival; and Maya (2018, 42nd Mostra).

Over the course of one summer, a filmmaker couple settles down to write on the Swedish island of Fårö, where the Swedish director Ingmar Bergman lived...