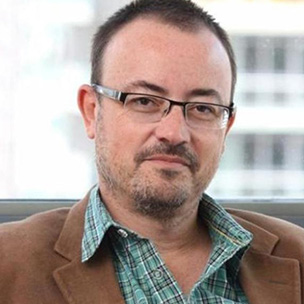 Born in Almería, Spain, in 1964. He is a director and screenwriter. Cuenca directed feature films such as the documentary The Cuban Game (2001) and the fictions The Weakness of the Bolshevik (2003), Half of Oscar (2010), Cannibal (2013), awarded in festivals like San Sebastián, and The Motive (2017), winner of the Critics` Award at Toronto International Film Festival.

Irene is a fifteen-year-old who lives in a center for juvenile offenders. She just got pregnant and is determined to turn her life around with the help of Javier...