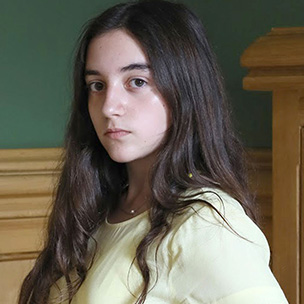 Born in the Republic of Kosovo, in 2001, and is currently based in France. She began her career as an actress, with parts in television and film projects, including School`s Out (2018), by Sébastien Marnier, and Portrait of a Lady on Fire (2019), by Céline Sciamma. The Hill Where Lionesses Roar is her directorial feature debut.

The Hill Where Lionesses Roar

Somewhere in Kosovo, in a small remote village, three young women see their dreams and ambitions stifled. In their quest for independence, nothing can stop them:...