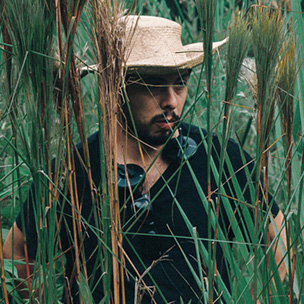 Born in Ecuador in 1988. He studied direction at the University of Cinema, in Buenos Aires, Argentina. Avilés directed the shorts Ricchieri (2013), Talks in the Garden (2014) and Speed Paradise (2015). His first feature film, The Death of the Master (2018), was presented at the Rotterdam International Film Festival and at the 42nd Mostra. To Oriente is his second feature film.

Atahualpa works at the construction of a road to the Oriente, in Ecuador. In the region, there is a rumor of a vast treasure hidden at the beginning of the colony...