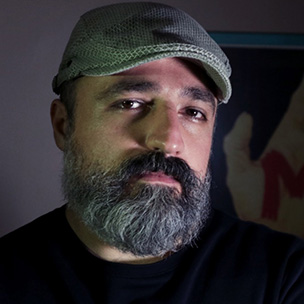 Born in Ahvaz, Iran, in 1985. After studying film at the Iranian Youth Cinema Society, in Tehran, he worked as a film critic, screenwriter and assistant director. He made short films like Picking the Grape (2007) and Unlimited Internet. Mirhosseini appeared in one of the main roles in There Is No Evil (2020, 44th Mostra), by Mohammad Rasoulof. District Terminal is his first feature film.

Tehran in the near future. Pollution and a lethal virus have reduced the city to a dump and forced the population to emigrate or live in quarantine. Peyman is a...