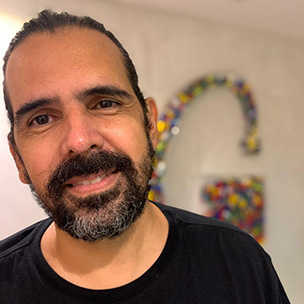 Screenwriter, director, illustrator and musician, he graduated in social communication, postgraduate in computer graphics and master in social policies. Rios is the creative director at Origem Produtora de Conteúdo, animation studio, in which he has directed animation short films and series, such as Bill, o Touro (2015-2016), Belatriz (2017) and Billy and Catarina (2018). My Uncle José is his first feature film.

The story is born from the assassination of José Sebastião Rios de Moura, a member of the left-wing group Dissidência da Guanabara. He...