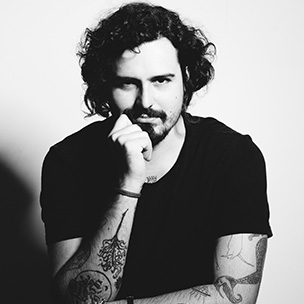 He studied radio and TV at Fundação Armando Alvares Penteado. Alongside college, Marquez studied acting techniques with Beto Silveira and with the casting technique Fátima Toledo. After that, he graduated in photography from the New York Film Academy and worked in several productions in the USA, where he also shot music videos and short films, like Ernie and the Moon (2012). Maior que o Mundo is his first feature film.

Kbeto`s drama is being a writer without verve and breath to write the first sentence, living in creative block for years. He even has ideas —some of which are...