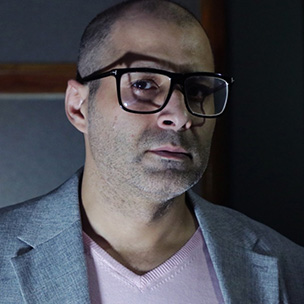 Born in Kermanshah, Iran, in 1980. He worked as researcher and screenwriter as well as a journalist for international media outlets, before making his own films as a director. In 2016, he published his first book. His poetry has never been permitted to be published in Iran. Yadegari appeared as an actor and was also an assistant on Mohammad Rasoulof’s There is No Evil (2020, 44th Mostra). District Terminal is his first feature film.

Tehran in the near future. Pollution and a lethal virus have reduced the city to a dump and forced the population to emigrate or live in quarantine. Peyman is a...