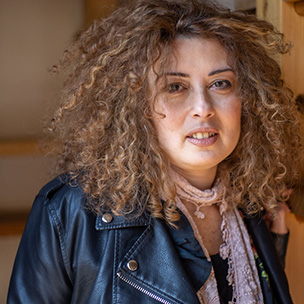 Born in Alexandria, Egypt, in 1978. She studied film criticism at the Egyptian Cinema Writers and Critics Association and then film at the Art Lab of the American University in Cairo. She co-directed the documentary Tahrir 2011 (2011), which premiered at Venice. Ayten made her feature debut with Villa 69 (2013).

Zagazig, a small city on the Nile Delta in Egypt. Today. Souad, a 19-year-old young woman, leads a double life. While remaining conservative and veiled among her...