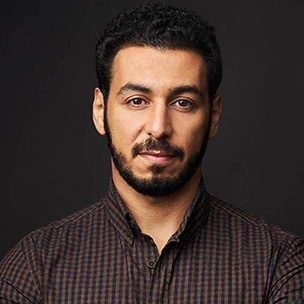 Egyptian director and producer. He produced and made television documentaries and, in 2015, set up Ambient Light, a production company where he focuses on topics such as refugee displacement and women’s and children’s rights. El Arabi holds a bachelor’s degree in integrated marketing communications from the Mansoura University. Captains of Zaatari is his debut feature film.

Mahmoud and Fawzi have been living in the Zaatari refugee camp, in Jordan. Though they both have no sense of what the future holds for them, they focus their energy...