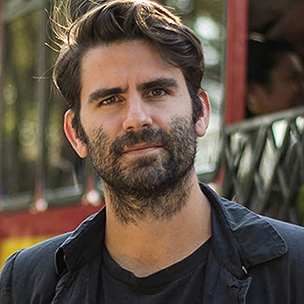 French-venezuelan filmmaker and biologist, he is the founder of the Imagine Science Film Festival. In 2016, he launched a science-focused streaming platform and the online magazine Labocine. In addition to several short films, he made the documentary feature film Campo Experimental (2014), the feature fiction The Fly Room (2014) and the collective film Mosaic (2017).

After the death of his grandmother, a Mexican biologist living in New York returns to his hometown nestled in the majestic monarch butterfly forests of...