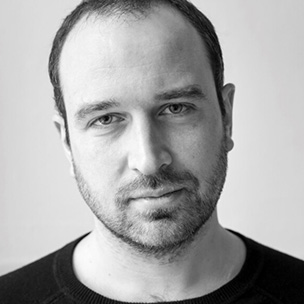 Born in Tbilisi, Georgia, in 1984. He studied micro economics and film, before relocating to Germany to take a degree in directing at the German Film and Television Academy Berlin. Koberidze made shorts and documentary films, and Let the Summer Never Come Again (2017), his first feature film, won the Grand Prix at the FIDMarseille. What Do We See When We Look at the Sky? is his second feature.

What Do We See When We Look at the Sky?

It’s love at first sight when Lisa and Giorgi meet by chance on a street in the Georgian city of Kutaisi. Love strikes them so suddenly, they even forget to...