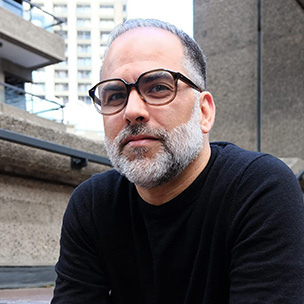 Born in Recife, Brazil, in 1973. He moved to London to pursue a master’s in film at Central Saint Martins and study direction at the National Film and Television School. Carvalho worked for BBC, New York Times, HBO and Netflix. He made, among others, the short films Caixa de Sapato (2008) and Fallout (2013). Salamander is his first feature film.

In the wake of years lost to the strains of her father’s care, Catherine feels suffocated by the contrast between her feelings and real life. She escapes to...