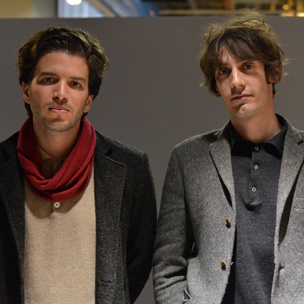 Italian-American directors born in 1986. They studied film in New York and started a partnership with the short movie Belva Nera (2013). The documentary Il Solengo (2015, 40a Mostra), directed by the two, was awarded and presented at film festivals like Doclisboa, Torino and Rotterdam. The Tale of King Crab is their second feature film.

The Tale of King Crab

Luciano lives as a wandering drunkard in a village of Tuscia, in Italy. Spiteful actions ensue between him and the local prince over the right of passage through a...