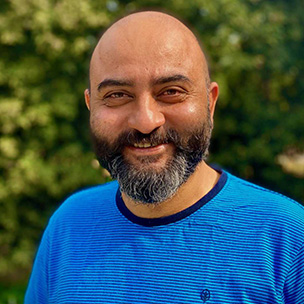 Born in Punjab, India, in 1977. Self-taught filmmaker and screenwriter, he has worked as an assistant director in Patang (2011), an Indian film presented at Berlinale. His short movie Rammat-Gammat (2018) received a special mention at the Oberhausen Film Festival. Fire in the Mountains is his first feature film.

Chandra and her husband, Dharam, run an inn that hovers high above the only road in a small Himalayan village. The terrain poses a problem for the family, who must...