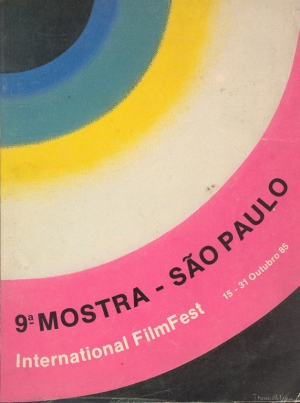 The year is marked by the lifting of prior censorship, due to the second consecutive year that the Mostra is held, challenging the Union, and by the implementation of the ‘Troféu Bandeira Paulista’. This award was created by Tomie Ohtake who was also the artist of this year’s posters. Tomie was responsible for all the artwork for the 9th Mostra. The Public Choice Award: "De Illusionist" by Jos Stelling (Netherlands). The Critics Award was won by Donald Krim for the reproduction of the classic "Queen Kelly", by Erich von Stroheim.

Kiss of the Spider Woman

Lust in the Dust

Lust in the Dust

The Brother From Another Planet

The Brother From Another Planet

The Falcon and the Snowman

The Falcon and the Snowman

The Times of Harvey Milk

The Times of Harvey Milk

The Way It Is

The Way It Is

Where the Green Ants Dream